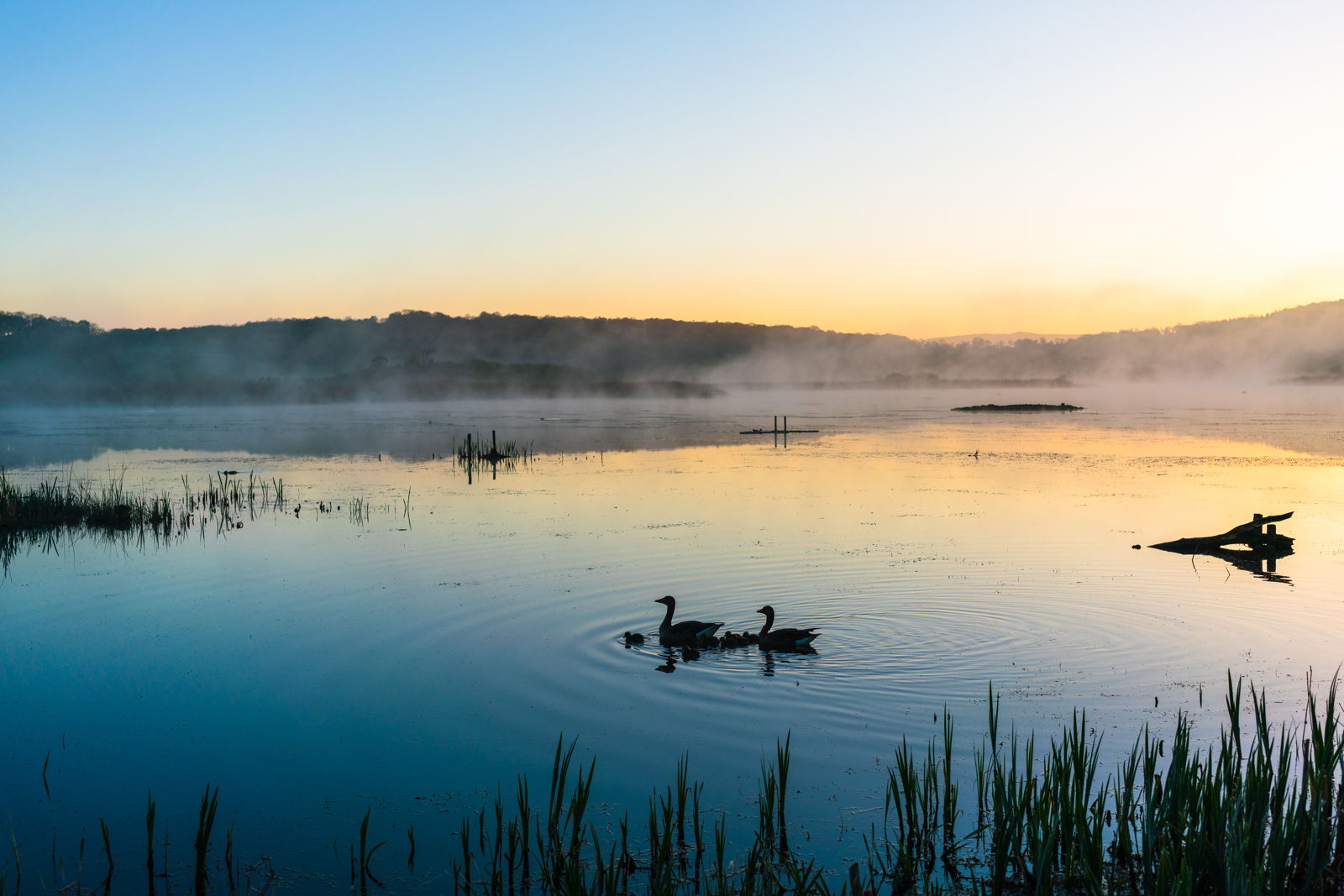 You are here: Home / Meditation Basics / Is relaxation the same as meditation?

Listen to “Is meditation the same as relaxation?” on Spreaker.

Others, don’t really feel like they need to meditate because they already do other things to relax. They might garden, play games, play music, do art, participate in sports, or hang out with friends, enjoying themselves, socializing, laughing. Are these relaxing or relaxation activities as good as meditating?

Yes relaxation activies are as good as meditating. And in fact, sometimes they might be better.

We as humans have needs other than sitting quietly alone and watching our breathing. Well, most human beings do. Some of us introverts might feel there’s not much more needed than breathing alone quietly. So yay…for meditation. For those who do need other things, a relaxing hobby might be better than meditating depending on the situation.
In previous episodes of Meditation Questions I’ve recommended relaxing, non-meditative activities for those that struggle with meditation.

So there’s no question relaxing can be as good as meditating and at time may be even better, but is it the same as meditating?

Before we answer that question, let’s take a look at what relaxation is.

Every generation has a term they use for relaxing. And when I was young, a common term was chillin’. Just chillin’. I’m not doing much. I’m just chillin’. And when we wanted to tell someone to calm down, we used to say, “Hey, Hey, just hold on. Just take a chill pill.” Obviously that’s entirely inappropriate now, but it was a phrase commonly used back in my youth.

Back in the nineties, my cousin who is a generation younger than I am, introduced me to the term chillaxin’. It’s a combination of chillin’ and relaxing.

I love this word. I’ve been using it since I was first told about it. It’s come and gone in popular culture, I don’t really hear it anymore, but for me, chillaxin’ is going to stay with me for the rest of my life. Cause it’s just perfect. Chillin’ and relaxing, I’m chillaxin’.

The idea of relaxing is to just hang out, doing nothing, expecting nothing, just enjoying yourself and being at ease. In those terms, meditation and relaxation are not the same.

They’re very different because during meditation you’re actually doing something right specific to produce a certain result. You have an intention, you have a purpose, you’re trying to achieve an outcome. And that outcome is sometimes relaxation and sometimes it’s some other physiological process.

We’ve talked about these processes in the past episodes. You might be trying to reduce stress, reducing anxiety, reduced blood pressure, increase focus, increase clarity, or increase that warm, generous, compassionate feeling inside your heart.

There’s lots of different outcomes you might be looking for when you’re meditating.

So relaxing and meditation are different in that meditation has a desired intention and outcome.

However, there is another term from my youth that in the huge in the eighties. It’s the term relaxation response. This idea, relaxation response, was also the title of a book written in the seventies by Herbert Benson, who was a Harvard physician, and Merriam Z. Klipper. This book was huge. It stayed on the New York Times bestseller list for hundreds of weeks.

When I thought of the question is meditation the same and relaxation for this episode, the first thought that came into my mind was, I remember that book relaxation response. I should look up. I wonder what happened to that.

I was pretty sure the relaxation response would have been discredited by now. I assumed it was probably one of those things that was a flash in the pan like other trends of my youth.

So I looked it up.

And to my astonishment, it’s still known theory. It hasn’t been invalidated. In fact, it’s been validated. So that’s cool.

As I looked further into it, it turns the idea of a relaxation response was created to make meditation more palatable to the masses in the West. Very much like mindfulness has been branded to be more accessible and more palatable to the West. Rather than going into deep Indian and Buddhist philosophical complexities, mindfulness has become an easy way to get into meditation.

A well known meditation practice in the 1970’s and 80’s was TM which stood for Transcendental Meditation. A TM group came to Harvard and said we’re doing this thing, it seems to help reduce stress and blood pressure. We’re wondering if you’re interested in studying it?

The Harvard researchers said, no, we don’t think so, it feels a little kooky. But, thanks anyway. We’re studying behavior and blood pressure in monkeys, so we’re good. But the TM people, they persisted and they said, come on, just try it.
Finally Herbert Benson met with the Maharishi Mahesh Yogi, the person who was making TM popular. Benson said, okay, I’ll study it, but you have to agree that whatever the outcome you’ll accept it. Maharishi Mahesh Yogi said, okay, it’s a deal.
Benson started to study Transcendental Meditation and to his surprise, it worked. But he didn’t want to call it TM or meditation. That’s when he came up with the term relaxation response.

What is the relaxation response? It’s the opposite to another well-known response that already existed at the time called the fight or flight response.

The fight or flight response works like this: when we’re under threat or stress, the body says, hey, we need to do something, I feel something real bad is going to happen. So it releases a bunch of hormones and chemicals into the bloodstream, it increases blood pressure, increases heart rate and heightens vigilance. The body just generally gets ready to do something. To either fight or to run away.

This is a really good strategy when we’re really under threat, but it’s bad news when we’re not because continuous high blood pressure and overly fast heart rate are not good for us when they’re happening all the time.

The problem is so many things in life elicit the fight or flight response. Stuff that happens to us at work, stuff that happens at home, things happening in the world, our own mind thinking and worrying about things we don’t have control over. It’s a nonstop bombardment of stress.

What’s a body to do?

This is where the relaxation response comes in. It’s a way of telling the body, Hey, don’t worry, we’re not in danger, okay. Just chillax. We’re going to be okay buddy, we’re gunna be okay.

Benson found the metabolic rate of subjects who meditated decreased in a matter of minutes. And as he continued to study these subjects, those with high blood pressure showed that meditation over several weeks actually lowered their blood pressure.

Eventually the Harvard researchers were convinced the relaxation response created from meditation was real. It seemed to be working. There seemed to be some validity there.

They saw that visualization, progressive muscle relaxation, massage, prayer, meditation, Tai Chi, and yoga all really helped in producing the relaxation response. These behaviours removed the person from every day thinking and put them into a position of focusing on their body, on their breathing and on calming, relaxing thoughts or visualizations.

In his book Benson writes that one of the most valuable things we can do in life is to learn deep relaxation and we should spend every day, just quieting our minds and trying to produce the relaxation response.

And like I said, when I first thought of looking this up, I had just assumed this would have been a fad from the 1980’s that was no longer a thing but, to my surprise, it’s still a thing. Benson is still continuing to do research on this and it turns out the relaxation response is just a fancy way of saying meditate. Meditate and relax. So in this particular technical way, relaxation is the same as meditation.

But there are specific ways in which meditation is not the same as relaxation.

In meditation, we have an objective. We have an outcome that we’re looking for. There are meditations that are meant to not be calming. They’re meant to increase awareness of uncomfortable things so you can process them there. They’re not relaxing at all, but there’s a point that eventually once those things have been processed, you will end up in a better place.

There’s also meditations that are meant to really agitate. The body in the ancient meditation literature, it talks about this term tapas which means heat. You’re trying to generate heat and fire in the body.

This is a science-based podcast so for the moment we’ll put aside whether heat is actually being generated in the body or not. Regardless, the point is that these meditations are supposed to arouse the body. They’re not meditations of relaxation. You’re arousing let’s say metaphorical fire inside of you. That’s the tapas meditation.

Those meditations should be done once you’re stable and secure and able to detach yourself from the dark aspects of life and death.

This is very different from progressive muscle relaxation where we are consciously trying to contract and relax particular muscles in sequence to get an overall body physical relaxation.

That’s not to say that relaxing or chilling is a bad thing. It’s a great thing. And in fact, I think I will wrap up this episode right here and go chillax with a cup of tea.