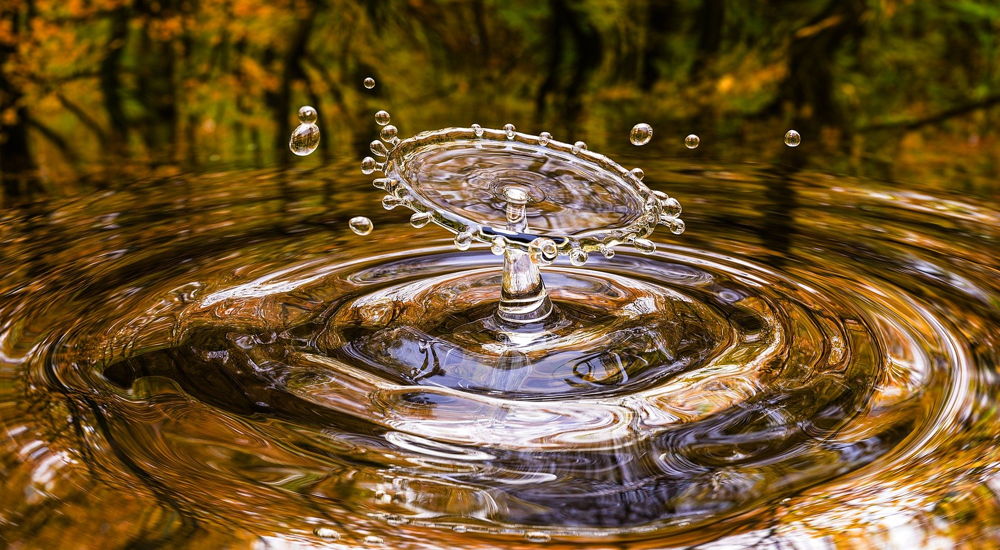 You are here: Home / Meditation Basics / Do I need a mantra to meditate?

Listen to “Do I need a mantra to meditate?” on Spreaker.

What is a Mantra?

The Parable of the Raft

The parable of the raft is one of the most famous Buddhist parables of all time. In this parable story, the Buddha asks listeners to consider someone, standing on a riverbank who wants to cross to the other side to continue their journey. On the other side of the river is their destination, safety and success.

The water is very deep and this person is not a good swimmer. So how can they cross over? They decide to build a raft. They gather nearby grass and twigs and branches build a raft. It’s not the greatest raft in the world, but it’s usable.

They get on the raft and float across. They have to deal with some rough water and strong currents, but they make it over.

Once on the other side they look at the raft and ask themselves, this raft is so useful and effective what should I do with it?

At this point of the story of the raft, the Buddha asks the listeners, what should be done with the raft? Should the person take the raft with them, onwards to their journey across the land? Or should they let the raft go?

What to do with the Raft?

The raft was useful for the task that it was meant for but on land it’s just going to be a burden. So the obvious answer is the traveler should leave the raft behind on the bank they crossed over to. They should move on to the next stage of their journey.

All of the Dharma is just like this explains the Buddha. The Sanskrit word dharma is the same as the Pali word dhamma. In English, we might think of the dharma as our religious or ethical practices or our aspirational practices.

Everything about the dhamma is like the raft. You use it to get to where you’re going. And then you move on. You leave the raft behind.

A Mantra is a Raft

Getting back to the idea of a mantra which is an instrument of the mind. The mantra is a also a raft. It’s a way to get from an overly active or distracted mind to a quieter, focused mind.

What’s so appealing about mantras is that they’re pleasant to say. Most mantras sound soothing when you chant them and when other people hear them. Not only do they sound nice, they feel nice physically in the body, especially if you happen to be belting them out loud. Your whole body is filled with a beautiful, vibrant sound energy.

If something feels good to say, feels good to hear, feels good in your body, it helps relax and focus the mind. The mind quiets down a little bit. And that feels good too which means we’re more likely to do mantra practice regularly. A good mantra can be like a favorite song, something we turn to again and again, for inspiration or relaxation, or joy.

The Most Famous Mantras of All Time

One of the best loved and most famous mantras is Om.  Many well known mantras begin with Om.

It’s a great simple sound. This mantra and this sound has a lot of reverence in the Indian meditation traditions. It’s thought to be the source of creation, the source of the universe itself.

I suppose you can’t really ask for much more from a mantra than upholding the universe. That’s as big as it gets.

There’s no better place to start than Om if you want to try a mantra.

And if you feel like you want to expand a little bit, instead of just chanting Om on its own you can move on to an extended version of it such as Om Nama Shivaya.

Another famous on mantra is Om Shanti Shanti Shanti. In this mantra Om is followed by the term Shanti three times. Shanti means peace.

And then we have another very famous Om mantra with Om Mani Padme Hum.

Mani means jewel or gem. And padme refers to the lotus flower. What does hum mean? Hum can mean “us“ or “me” but there’s various interpretations of what hum is referring to. I like to think of Om Mani Padme Hum meaning:  I am the jewel in the lotus flower.

Okay, so we’ve covered the greatest hits of the Om mantras.

Should You Pay for a Mantra?

A mantra is just a sound. It’s an instrument of the mind that takes from one side of the river to the other side, it’s just a raft that can be left once you’re done with it.

Should a Mantra be Secret?

Sometimes it’s good to keep things to yourself, for yourself. Sometimes it’s good to let things incubate inside of you, giving them time to grow and flower without having to explain them or talk about them. It’s the idea of putting a seed in the ground and letting sprout of its own accord.

A lot of artists like to keep a work in progress private until they are ready to release it to the wider public. They want the art they’re working on – written, musical, visual – to remain in a protected cocoon while it’s incubating, to protect it from the harsh light of criticism or opinion. They don’t want ideas of others to colour what they’re working on too much as they sort out this emotional, artistic expression fo themselves. This is a valid reason to keep a mantra secret.

On the other hand, I’ve had “secret” mantras given to me by meditation teachers who told me never to mention them to another person because the mantras were unknown outside of select meditation communities headed by important gurus. These mantras have been guarded secrets for generations and have never been revealed anyone except to true initiates was the claim.

And then a years later I would come across the mantra in numerous, random meditation texts being discussed openly. So… not so secret after all.

Sure, to be given something by someone you admire and idolize adds a sense of uniqueness and preciousness to it. I have signed sports equipment from athletes I grew up admiring. But it doesn’t change the equipment at all in any meaningful way. A ball is a ball is a ball no matter who’s scribbled their name on it. Sure, it’s special to me. It has tremendous emotional value but it’s not special in some mystical, metaphysical way.

You can choose a mantra for yourself if you like, that’s totally fine.

The key is not if you can choose it, the key is can you make  it your own. By which I mean, can you imbue it with heart and feeling and inspiration in the dedicated recitation of it. Can you let it fill you with joy and love to the depths of your heart the way you might feel when you sing a favourite song from your childhood. Something that brings up a warm, familiar feeling. A feeling of safety – remember one of the definitions of mantra is to protect the mind – the feeling of safety and protection and comfort and home. That’s the feeling you want your mantra to give you.

The more you recite a mantra, the more you make it a habit, the more it will automatically trigger these feelings in you emotionally, mentally, physically. Just the way a favourite childhood song does.

Can You Make Up Your Own Mantra?

This brings us to the next question can you create your own mantra? It’s hard to do. It is doable but it’s hard to create a mantra that gives all the feelings we’re talking about.

The important thing about a mantra is you have to like saying it, you have to enjoy how it feels in your body, your mouth, your chest when you say it and how it sounds in your ears when you hear it. You have to have an emotional connection to it.

Most often this means adding some nice sounding expansive vowels to whatever you choose as a mantra. Some that fills a room with soothing, expansive sound.

A mantra doesn’t always have to be sweet sounding like Om mani padme hum – it’s okay if it has some hard quick consonants like t or k because some mantras are meant to be shouted at full volume as the air is forcefully expelled through the chest and out through vocalizations. The traditional vocalization of the Gayatri mantra is like this. It has a number of twists and turns in it. It has lots of hard and short consonants as well as smooth and long vowel sounds.

We have tendency to think a mantra has to be in Sanskrit or Pali or one of the Indian languages because those are the best known mantras and the word mantra itself is a Sanskrit word.

No matter the language you choose a mantra in, the ideas you choose are probably going to be similar.  The most appealing ideas for mantras are the ideas of love, peace, joy, compassion, refuge, light, awakening, overcoming of obstacles and dedication.

All language across the world have some version of these ideas. In addition to the Asian languages, there are common mantras practiced by speakers of every language in the world including the ancient languages Hebrew, Latin, Arabic, Indigenous languages and African languages.

Choose the language you most connect with when it comes to mantra.

A Mantra is Not a Leaf Blower

It’s really fun sometimes to belt out a mantra with your whole heart and body. But a mantra is not a leaf blower.

If you’re not familiar with what a leaf blower is, it’s a loud obnoxious piece of equipment that blows leaves off of lawns and sidewalks.

The idea is not try to use a mantra to loudly blow your thoughts away so you can have a quiet empty mind. The idea is to have an easy, natural vocalization that gets you into the mood of meditation. More like gently raking leaves with joy than trying to obliterate them with sound and fury.

Sometimes it’s fun to chant a mantra at full volume – go for it – just like you would belt out a great ballad or anthem of a song. But other times you want a lullaby, something sweet and tender and gentle that can worm it’s way into your heart and comfort you.

Does a Mantra have to be Out Loud?

Most meditation literature talks about three ways to recite a mantra

I’m going to offer you, free of charge a fourth bonus way. This happens to me occasionally and brings me great joy. The fourth way of chanting a mantra is through spontaneous quiet recitation where the mantra recites itself without effort from you.

I’ll be doing the dishes or walking and a mantra I’ve been practicing during meditation will come up naturally, without any effort from me, into my mind. The way a song might arise in your mind as a lovely event.

None of these four ways – out loud, soft whisper, silently to yourself, spontaneously quiet – is better than another. They’re all good and appropriate for the circumstances you might be in.

Remember the story of the raft – the mantra is a raft we’re using to get from one place to another.

The important thing is to make it habit and use it as a raft to carry you to tranquility and joy.